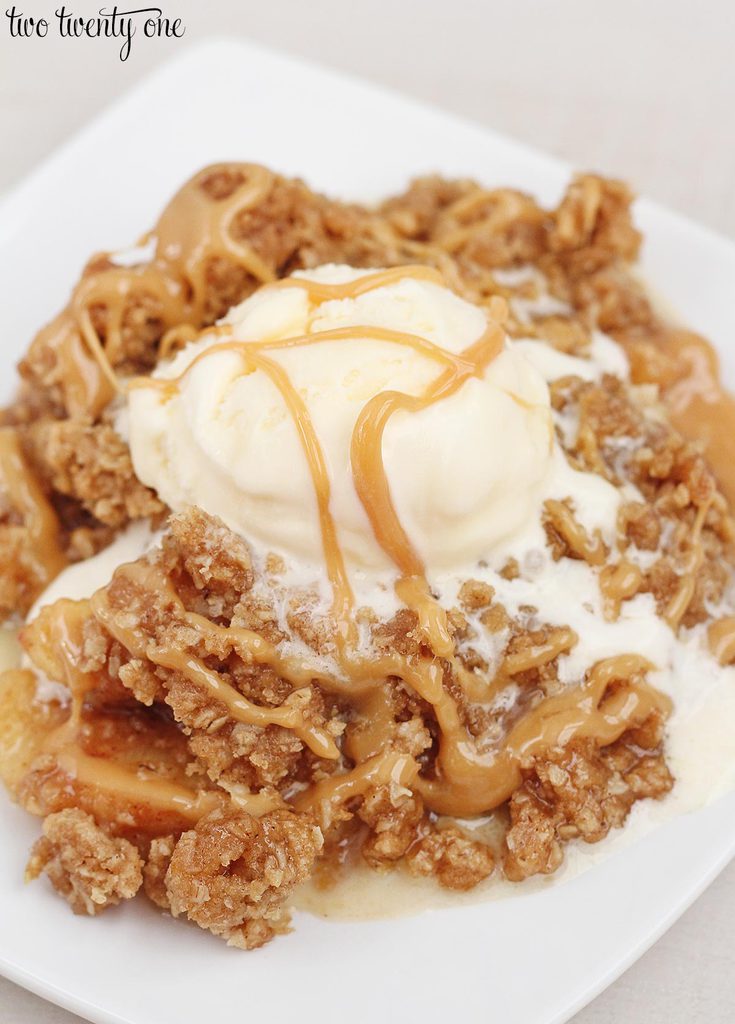 If you’ve made the original apple crisp before, the topping, which is the best part of the apple crisp, hasn’t changed. It’s still soft but a little crunchy. 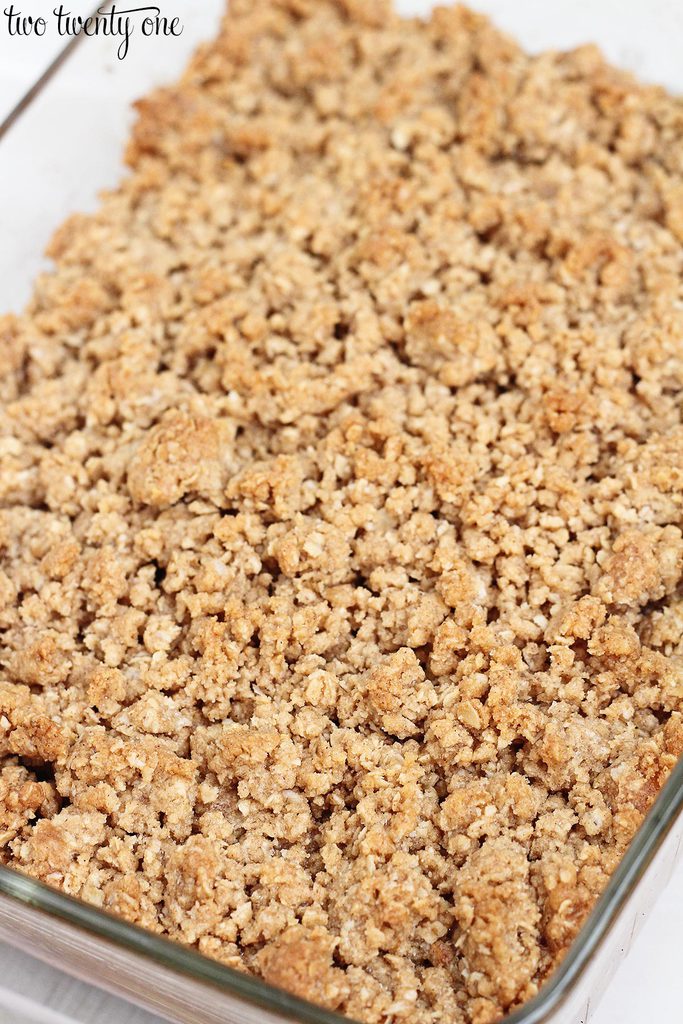 And it’s straight up out-of-this-world when you add ice cream and drizzled caramel on top. 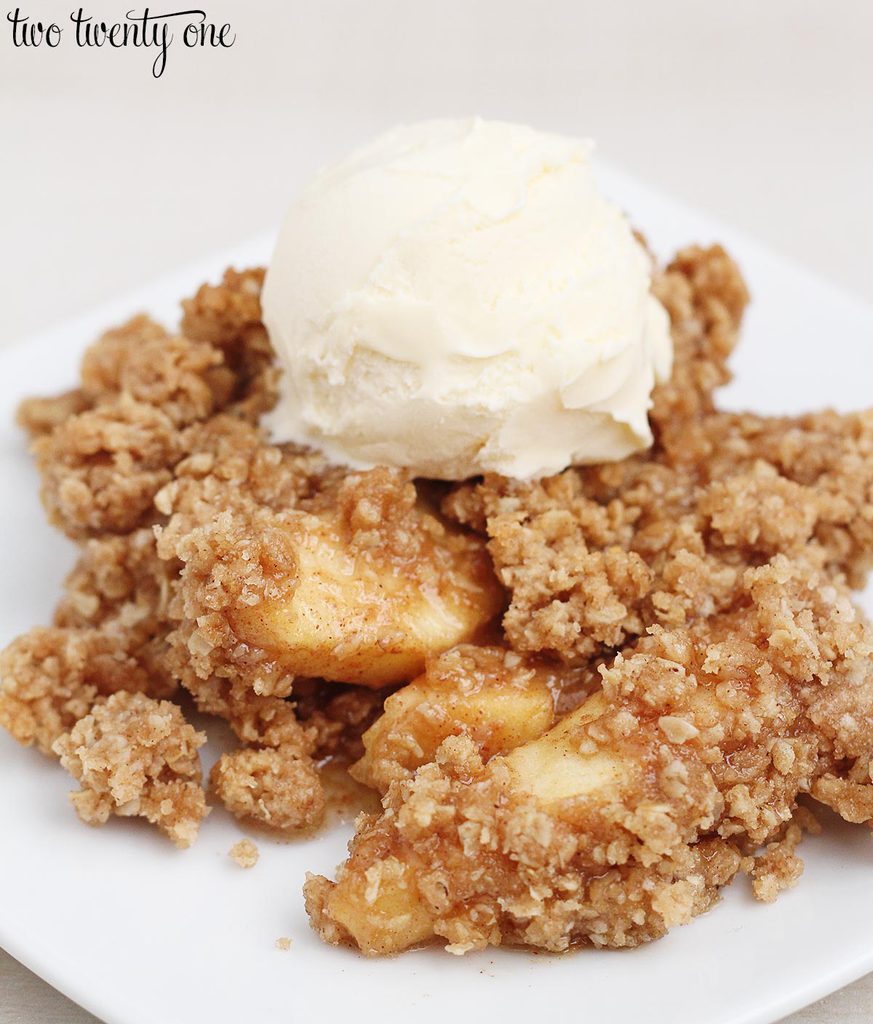 Can I just say how hard it is to drizzle and attempt to take photos at the same time? Seriously, imagine me crouching in my office, trying to accurately pouring caramel over apple crisp with my left hand, while snapping photos with my camera in my right hand.

It got to point where I asked Brad to assist me and be the designated caramel drizzler. I think the pressure started to get to him because he asked if he could practice first. He even said, “Do you know how many times I’ve drizzled something over my food?” In case you’re wondering, the answer is never.

I ended up photographing four, yes FOUR plates of caramel apple crisp in order to get a shot that didn’t look like the one below. I’m sure some people will be all, “Uhhh, I’d totally eat that.” But I hated how gloppy the particular plate below turned out. 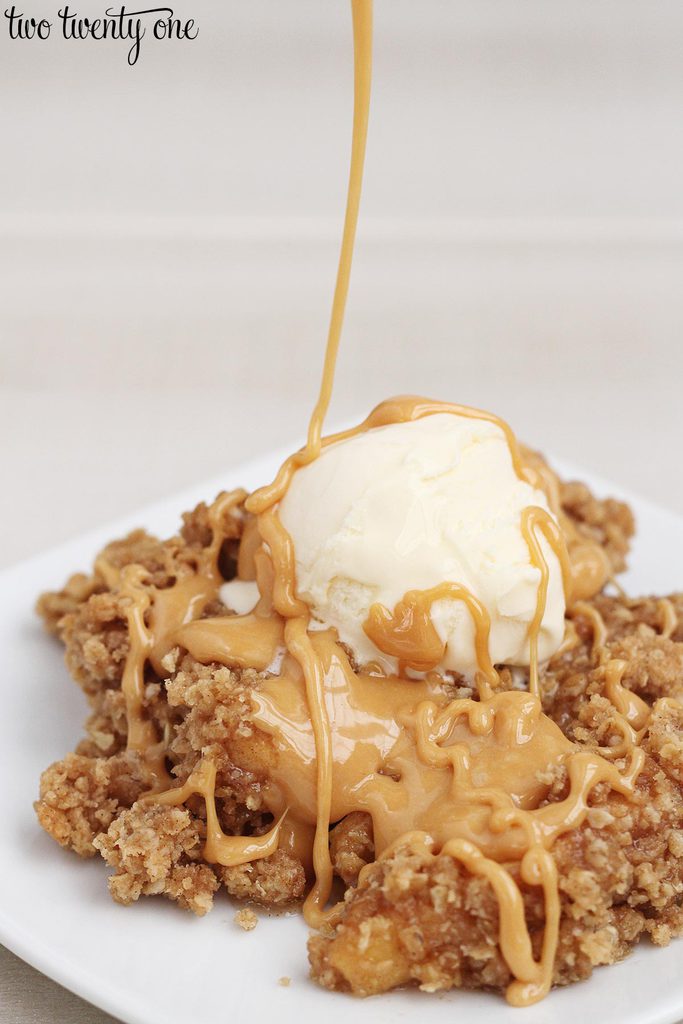 Here’s the recipe. Now, you can do a couple variations to the recipe if you want. You can add all 11 oz. caramels + 2 oz. of evaporated milk to the apple crisp (after heating it together in a saucepan) before adding the topping. Or you can make the caramel and evaporated milk at the same time, pour half over the apples before baking, and then reheat the caramel when it’s time to serve the apple crisp. I’ll leave all this up to you.

Also, if you LOVE topping, double the topping recipe. Or if you LOVE apple, add another apple or two.

If you want to save this post to reference later, you can pin it here:

Get the latest DIY projects, organization ideas, tips & tricks and more delivered to your inbox!
Your information will *never* be shared or sold to a 3rd party.
« Fave Fall Toy
DIY Acorn Banner »