This winter has been unseasonably warm, which I wouldn’t complain about in February but I’m a girl who likes her snow. This probably stems from the fact that I grew up in the unofficial snow capital of my state, where an average of 96 inches of snow falls per year.

You can imagine my excitement last month when the white, fluffy stuff started to fall from the sky. And it was the good snow– the kind that sticks to trees. 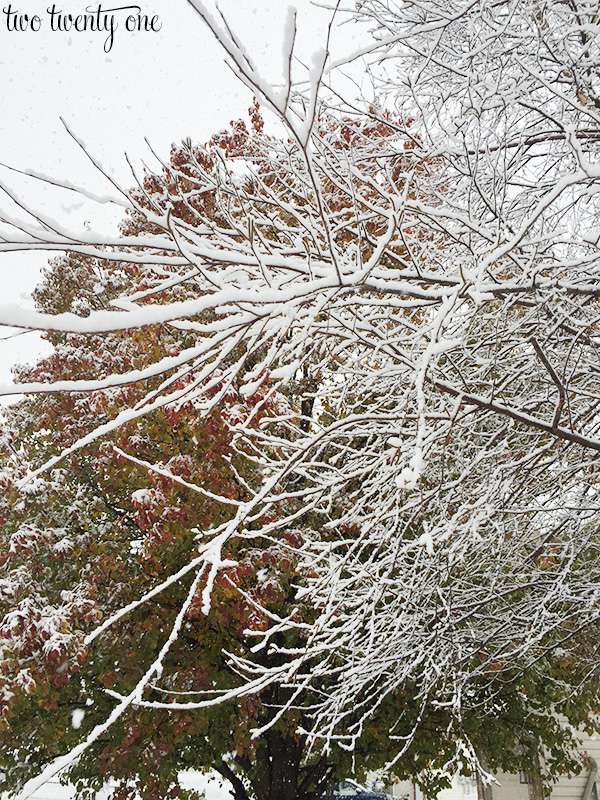 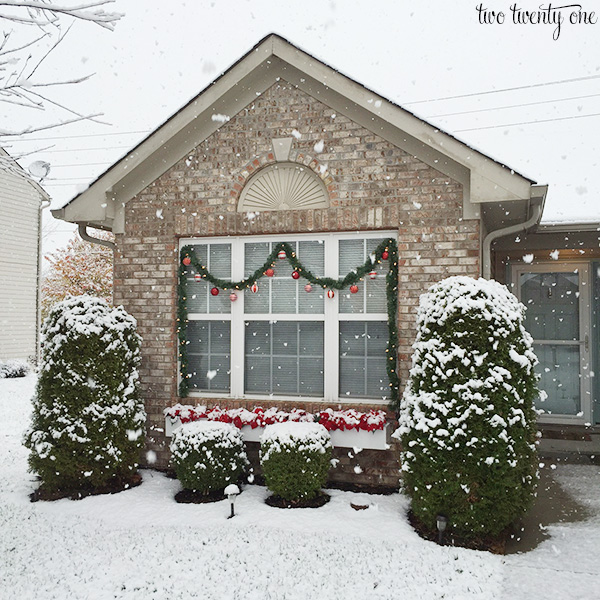 But only about 2 inches fell and it melted within a day. Totally bummed me out.

One reason why I was extra bummed was because I wanted to fire up our Troy-bilt FLEX snow thrower. You may remember back in October when I competed in the Troy-bilt FLEX Face Off. I used the pressure washer attachment to stencil designs on the walkway leading up to our house. Well, I also received a snow thrower. So I’ve been itching to try it out. 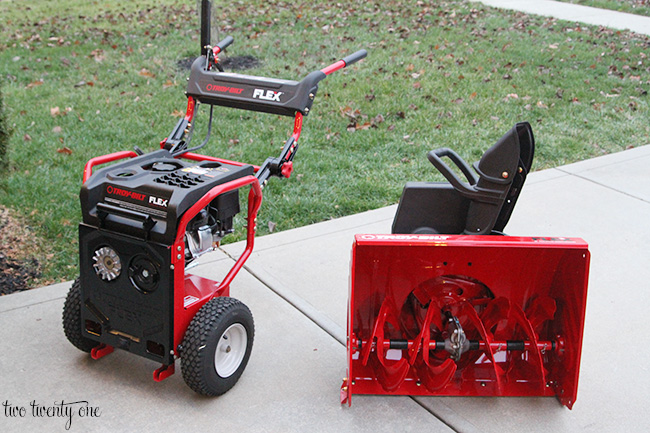 I always used to poke fun at people here in Central Indiana who bought snow throwers. I thought it was a waste of space to store one giant machine for one purpose, especially something that wouldn’t be used a ton. But the FLEX is different because the base can be used with multiple attachments, like the pressure washer, mower, and leaf blower. So instead of having multiple machines, you can consolidate space by having the base and the attachments you need.

We moved the FLEX base and snow thrower attachment from our shed into our garage in preparation for the snow that will hopefully fall this winter. We’ve already had requests from neighbors to clear their driveways and walkways. Which shouldn’t be too terribly hard since the FLEX has a self-propelled transmission. So I told our neighbors they can repay us the favor in food and beer. Seems fair enough to me. 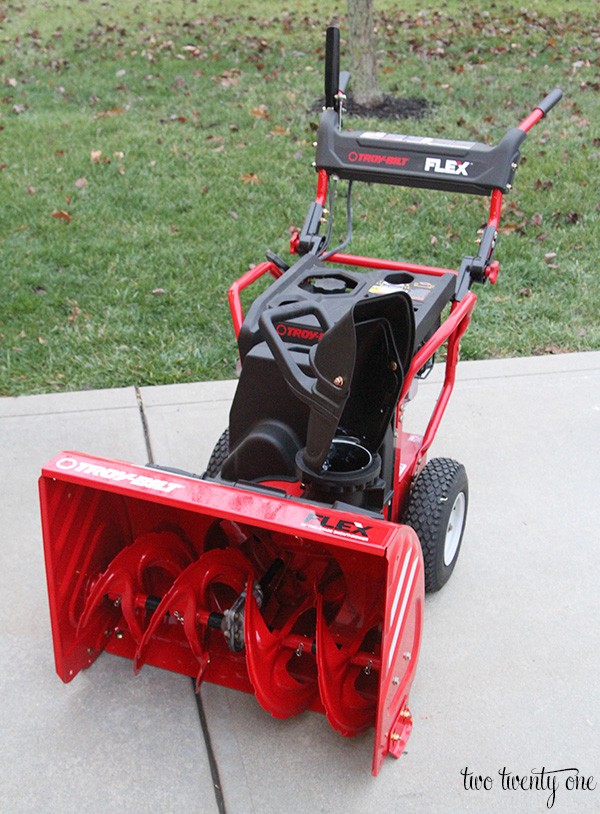 Get the latest DIY projects, organization ideas, tips & tricks and more delivered to your inbox!
Your information will *never* be shared or sold to a 3rd party.
« Top 10 Posts of 2015
Organized Linen Closet »