It’s a new month, so that means it’s another installment of Chopped but with crafting supplies. In case you’re lost, each month I’m being challenged to create something with the fabrics, ribbon, paint, and other miscellaneous products I receive. There’s also a theme to follow.

This month’s theme was designer’s choice, so I decided to make a lost and found laundry room organizer. You know, one of those things you pin socks that are missing their partner and something that will hold loose change you find. 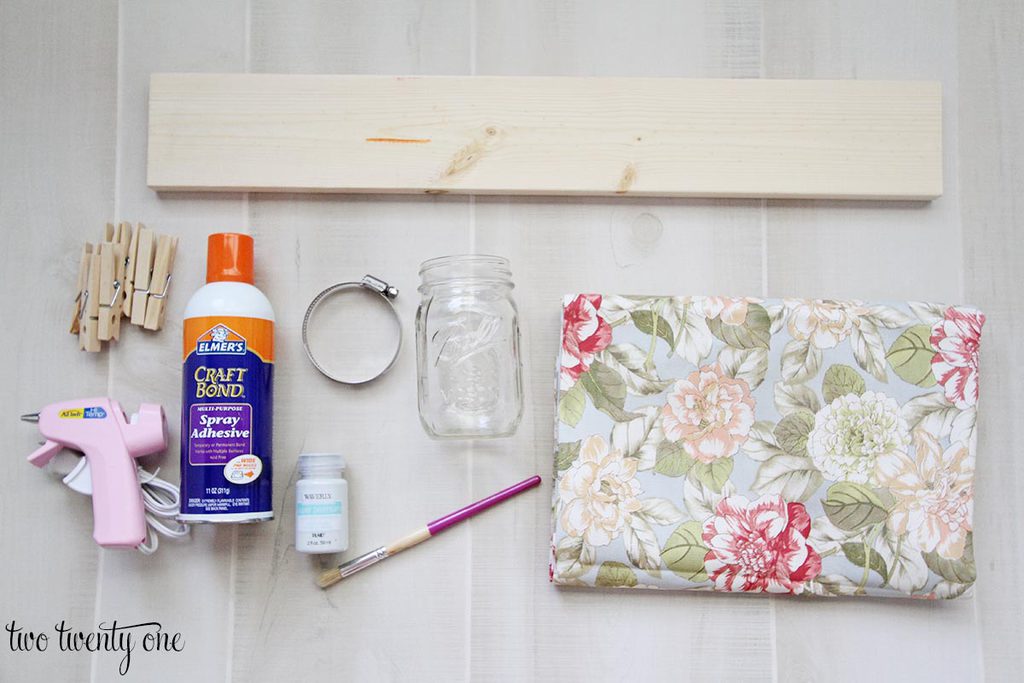 Here’s what I needed:

I originally wanted to paint the clothespins gray, but decided to go with this pretty moss color instead.

I took the clothespins apart, painted them, let them dry, and then reassembled them. 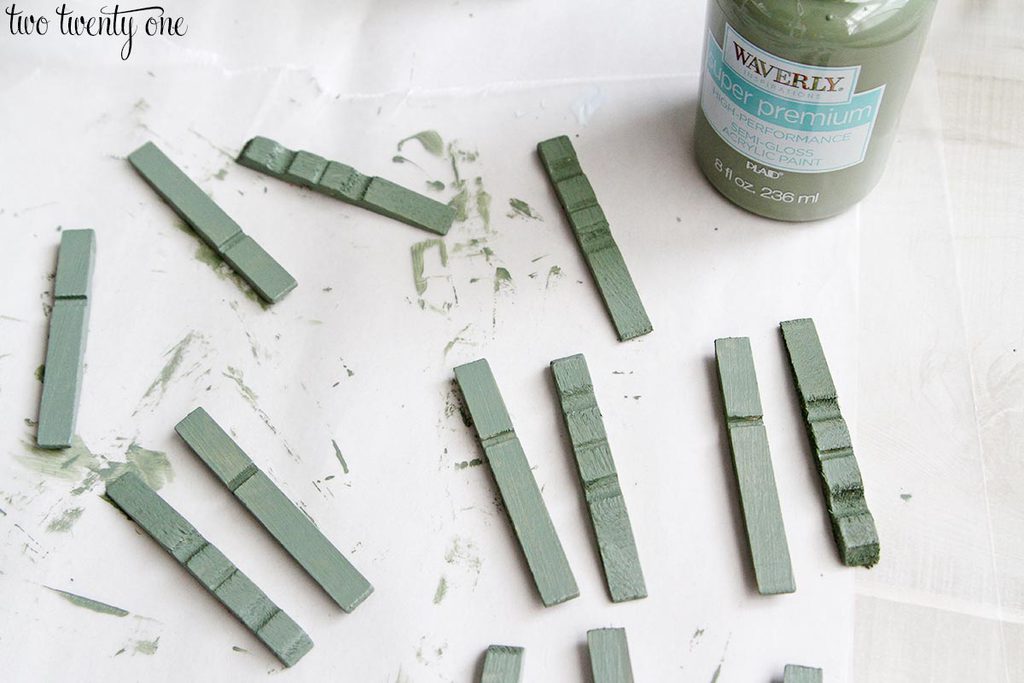 In order to attach the mason jar (loose change holder), you’ll need to use a screw. So the screw would go in easier, especially with the fabric, I drilled a small hole in the board.

So I could remember where I put the small hole, because I would be covering it with fabric, I measured from the nearest edges, and then wrote down the dimensions. 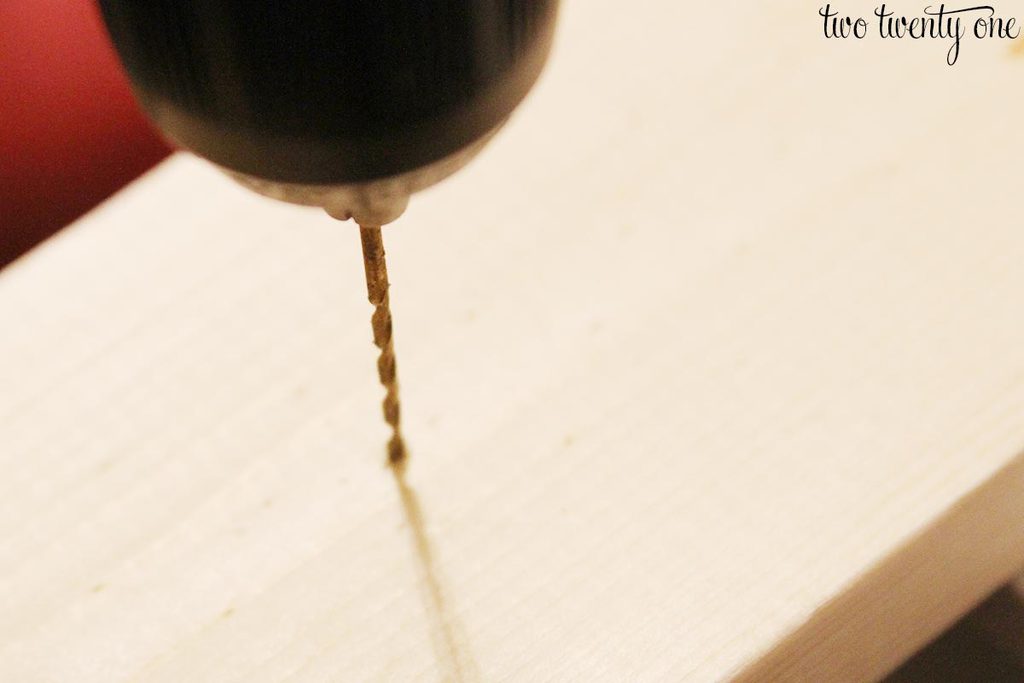 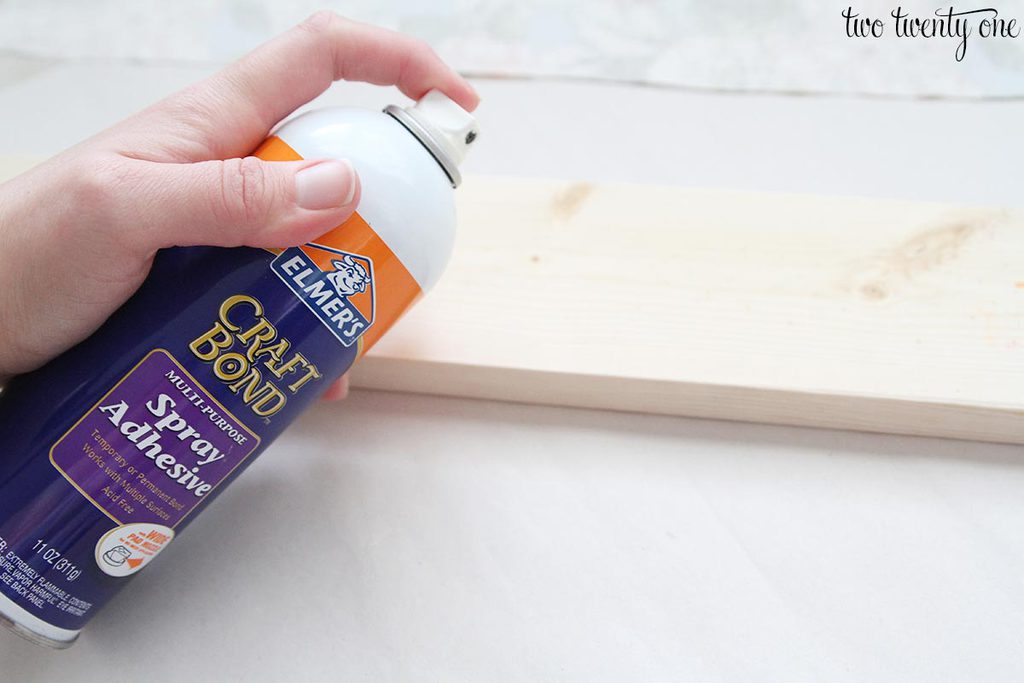 On the backside, I attached a sawtooth hanger. Make sure you measure and put the hanger exactly in the middle of the board. 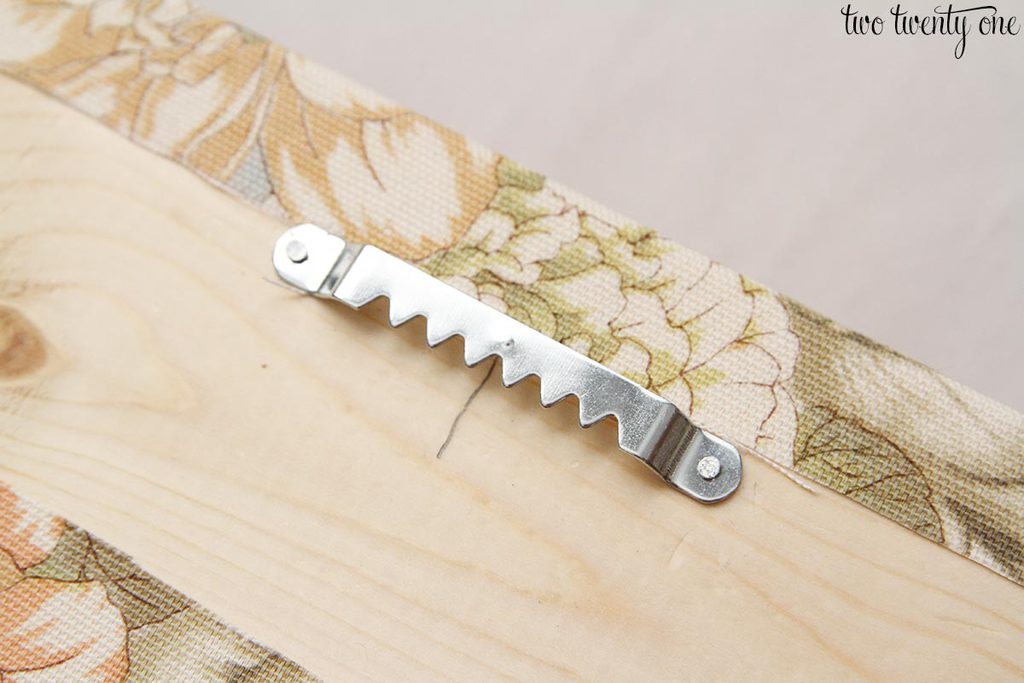 Since I wrote down the location of the hole, I was able to easily find it. I put a pin where the hole was so I didn’t have to measure again. 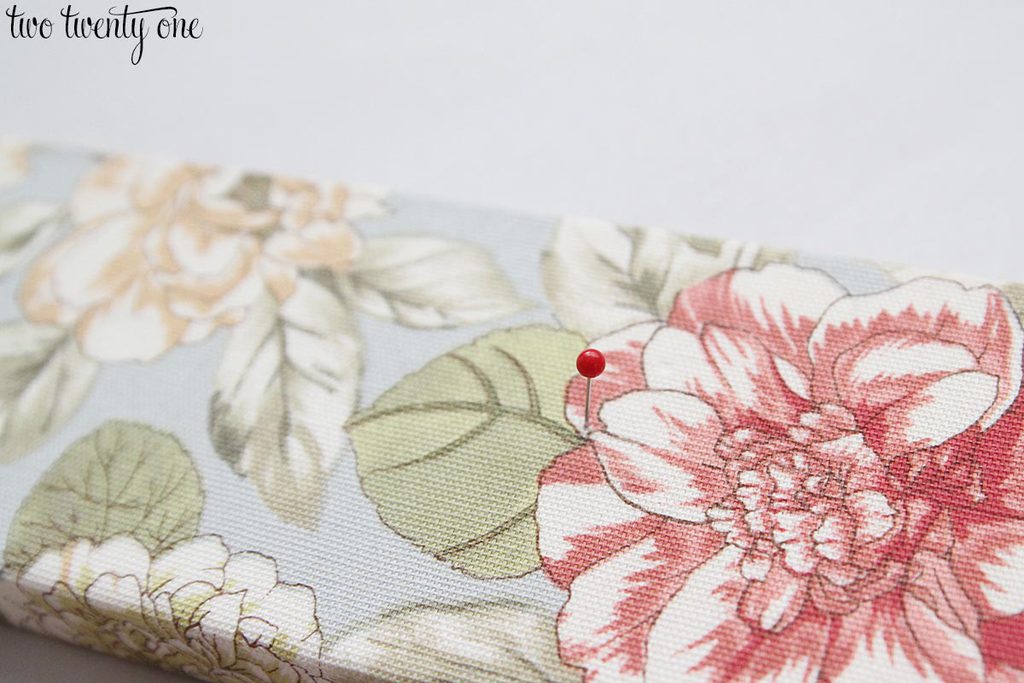 I used my hot glue gun to secure the clothespins to the front of the board. I measured 2.5 inches between each clothespins so they wouldn’t look all wonky and uneven. 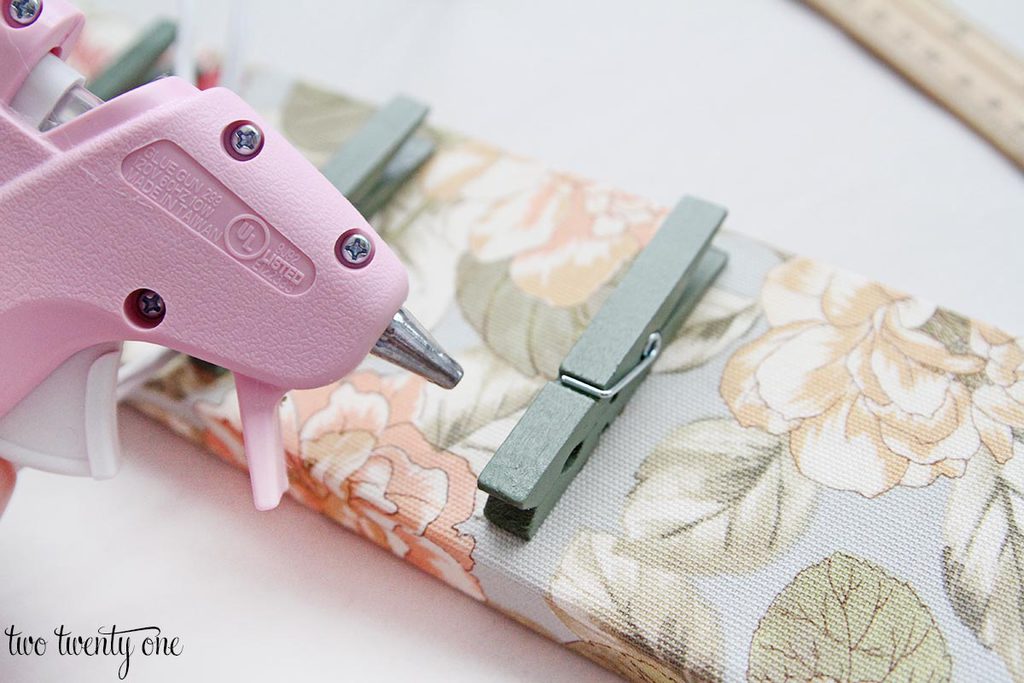 So the fabric wouldn’t pull, I used a screwdriver (instead of a drill) and screw to attach the hose clamp. 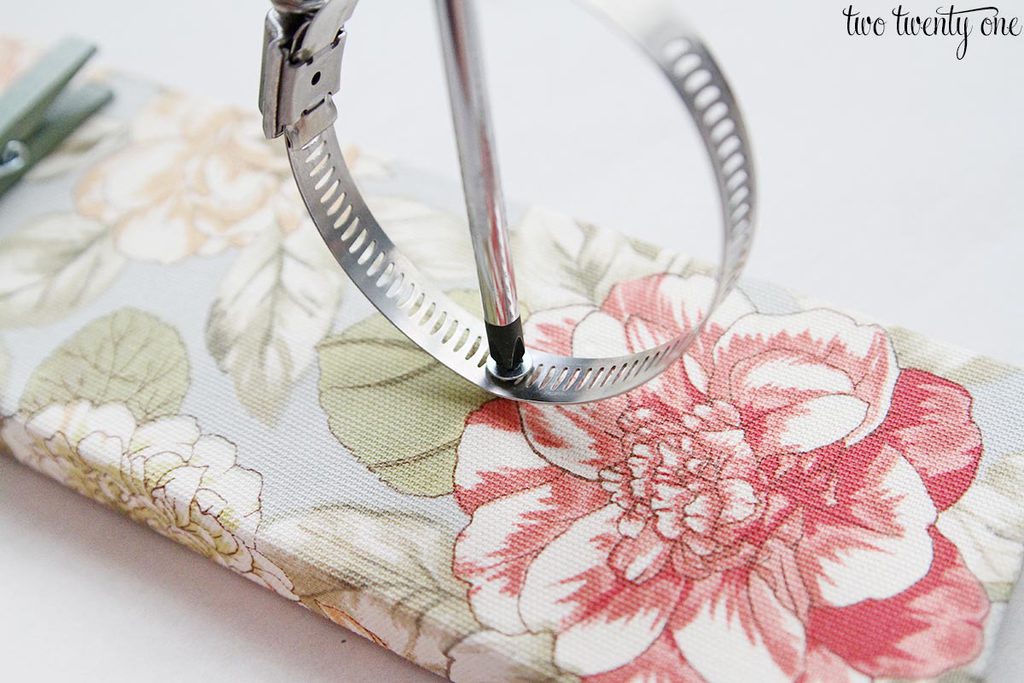 To attach the mason jar, I slid it into the clamp and tightened the clamp with a flathead screwdriver. 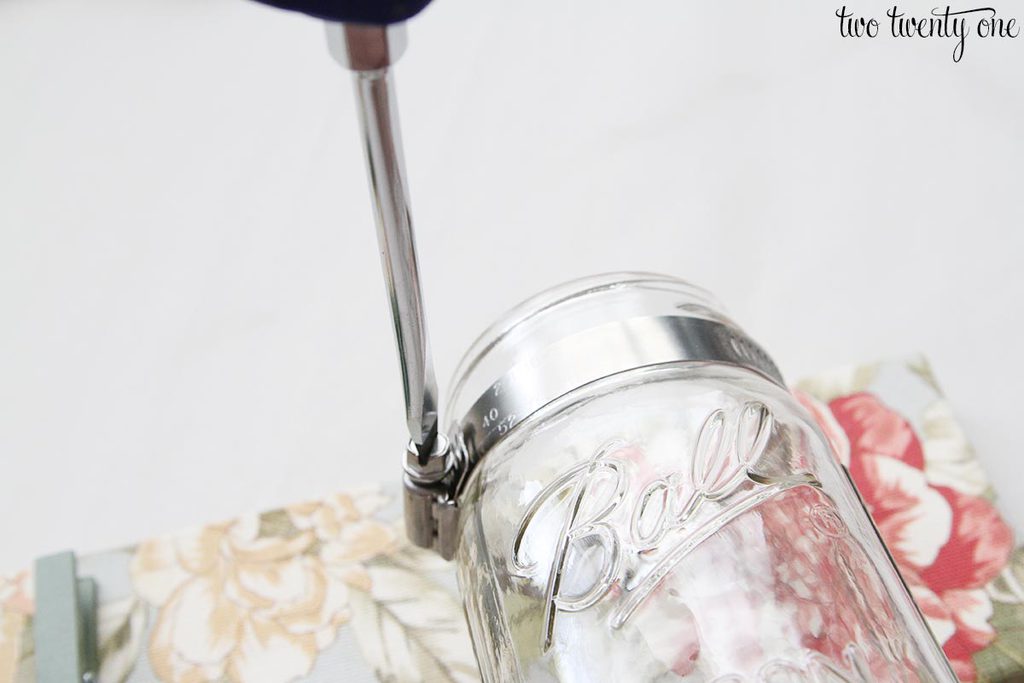 And voila! A pretty place to showcase Brad’s abandoned socks and loose change. I say Brad because he doesn’t always take the time to throw his socks in one of the best inventions known to man, like I do.

I’ve also been using the organizer to hang some of my clothes that need to be washed on the hand wash cycle. I usually wait until I accumulate enough clothes to make a small load. 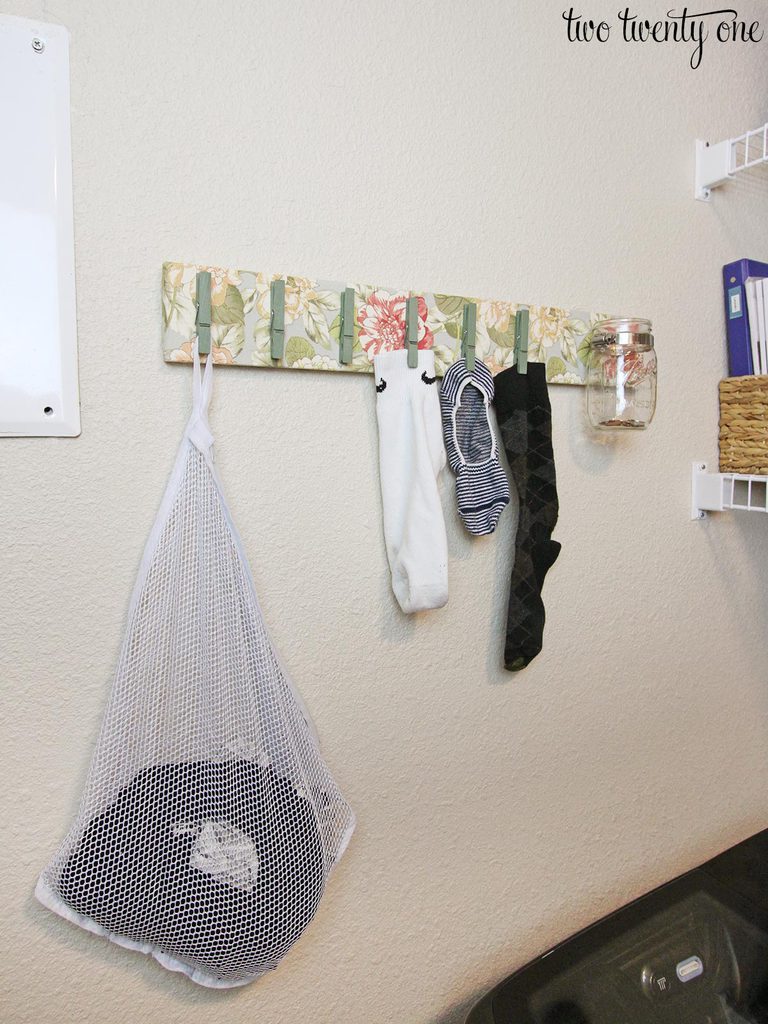 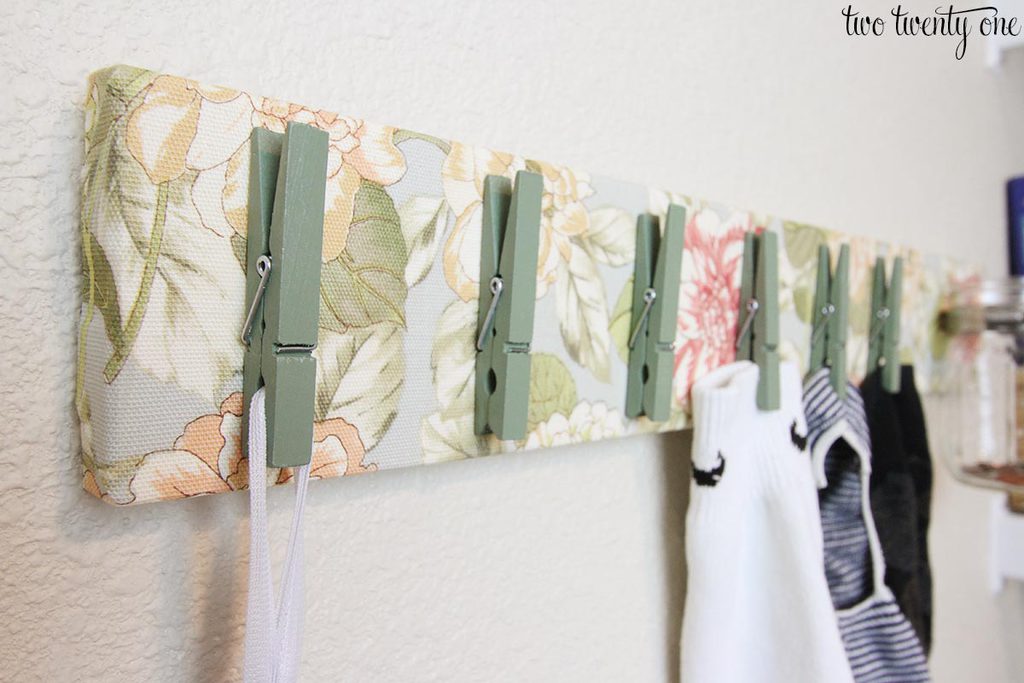 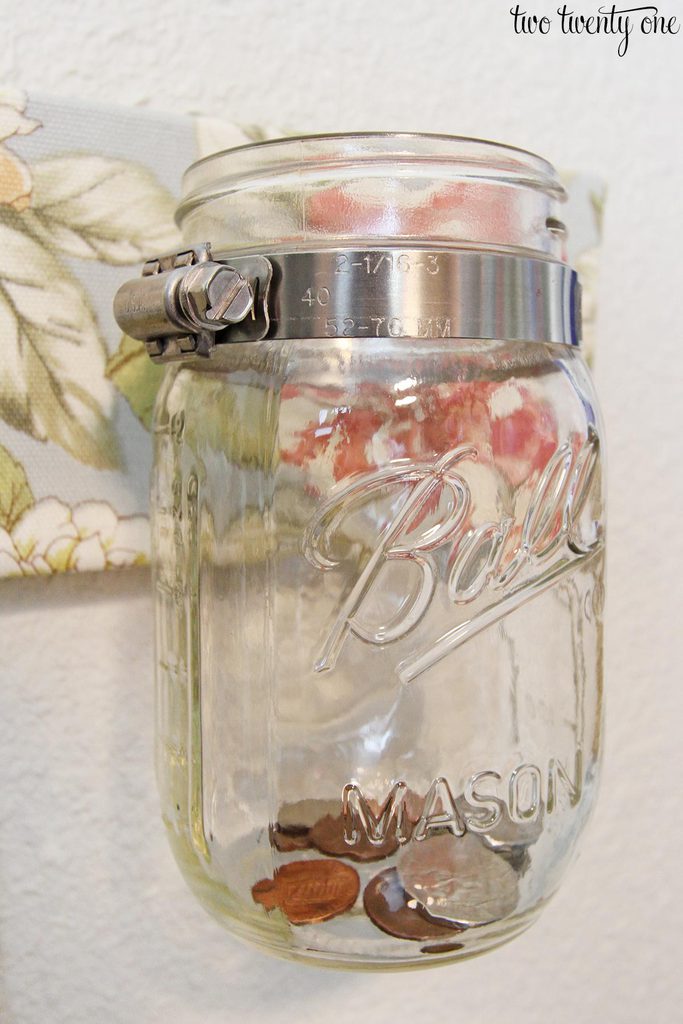 This post is brought to you by Waverly Inspirations. As always, opinions are 100% my own.

Get the latest DIY projects, organization ideas, tips & tricks and more delivered to your inbox!
Your information will *never* be shared or sold to a 3rd party.
« Cherry Cobbler
Updated Outdoor Garage Lights »