In an attempt to build up my artwork for the gallery wall I’m putting in my home office/craft room, I came up with this glitter bombed piece of work. It’s Andy Warhol meets Liberace. Or something like that. I was going to say Andy Warhol meets Kesha. But I’m not a fan. Homegirl has got to go.

Anyway, I came up with the idea to pay homage to my state by covering it in glitter. You can never go wrong with copious amounts of gold glitter. Never. 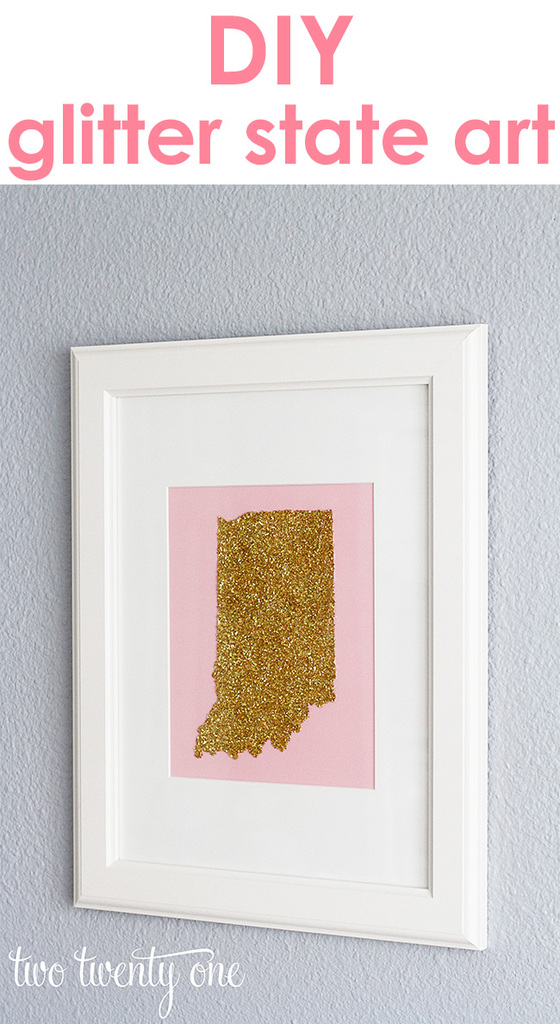 I started by finding an image of my lovely state through a google images search. Then I sized and flipped the image in Photoshop. Why? Because when I cut it out I didn’t want any of the black outline to show. You can flip images in Word. Just google it.

I printed it out on card stock. The card stock is important. This won’t work very well with regular ole paper. 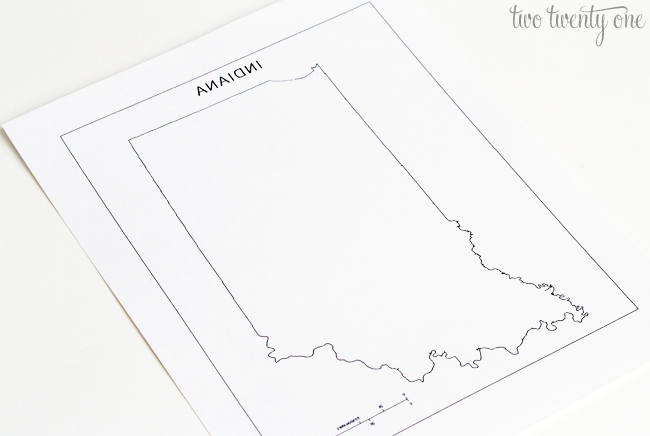 Then I cut it out (see how there aren’t any black lines on this side?) and grabbed my Mod Podge. I put a thick layer of Mod Podge on the cut out with a foam brush. Make sure you put enough Mod Podge on, but don’t go too crazy. 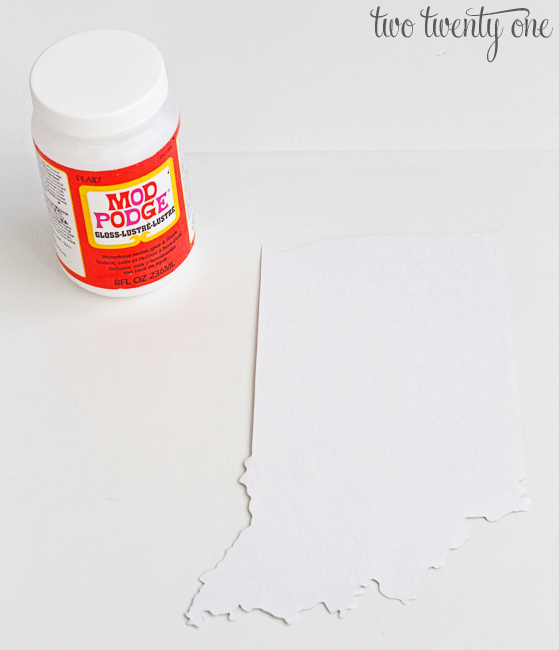 I grabbed my gold glitter and covered the Mod Podge covered state. You can go crazy with this step. 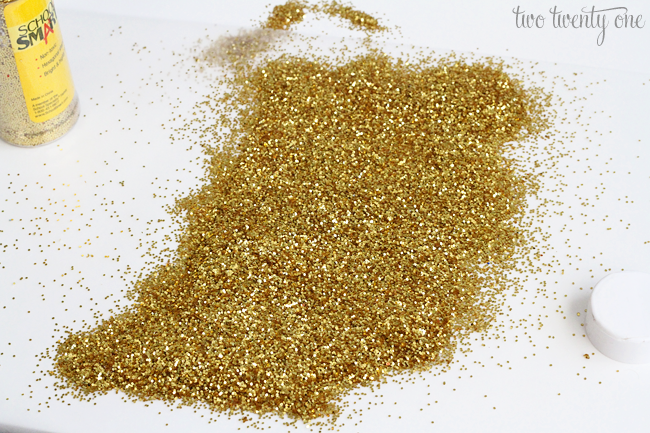 I waited until the Mod Podge had dried and shook off the excess glitter. There were some spots where the glitter didn’t stick well so I dabbed some Mod Podge on with a toothpick, poured on some more glitter, and let it dry. 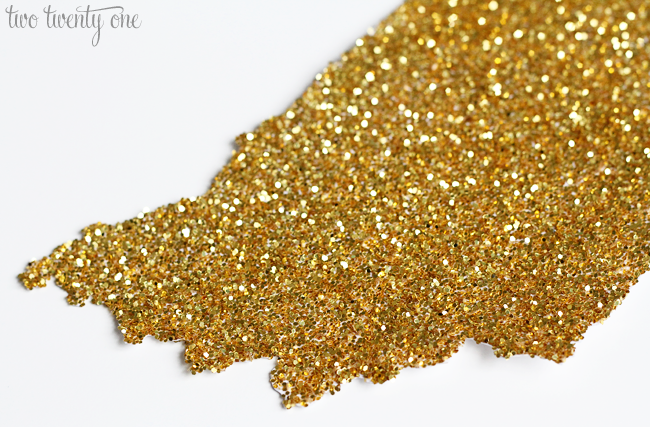 I didn’t take a photo of this, but I also sprayed it with Rustoleum clear gloss to seal the glitter. Tip: Spray from at least 2 feet away. Don’t go overboard. Spray a light layer and go back and do another layer if needed. If you spray too much it’ll look bad. Read more about this step here. 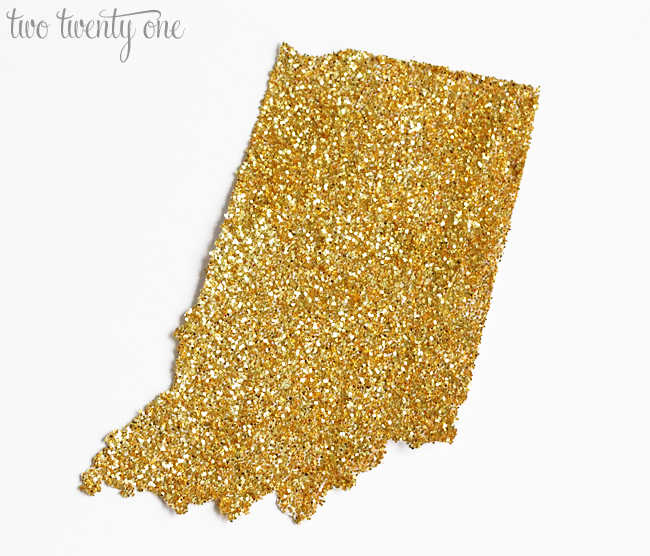 Then I took my goldified Indiana and attached it to a piece of pink card stock with double sided tape. I went with pink because it’s what I had and gold and pink look good together. But this would also look great with emerald green, navy, or turquoise paper. 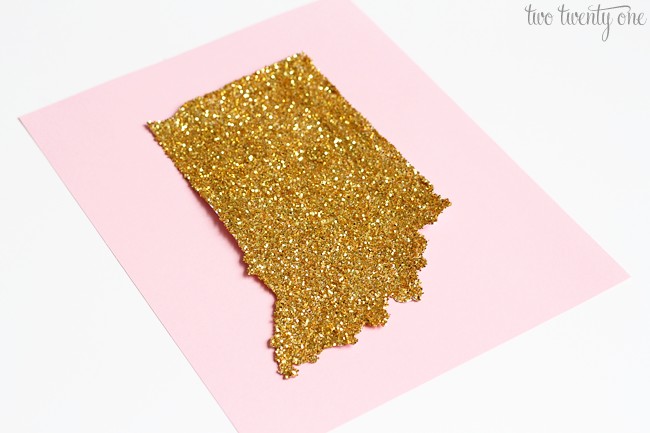 I grabbed an Ikea picture frame with an 8×10 opening and slapped the bad boy in it. 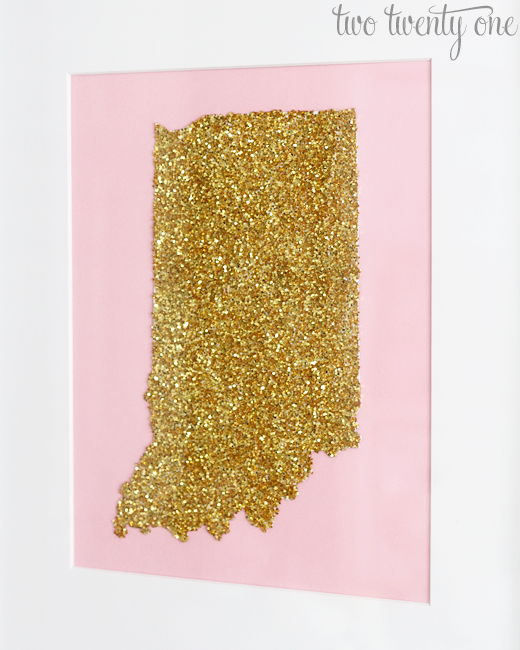 I think it turned out pretty well for a spur of the moment idea. 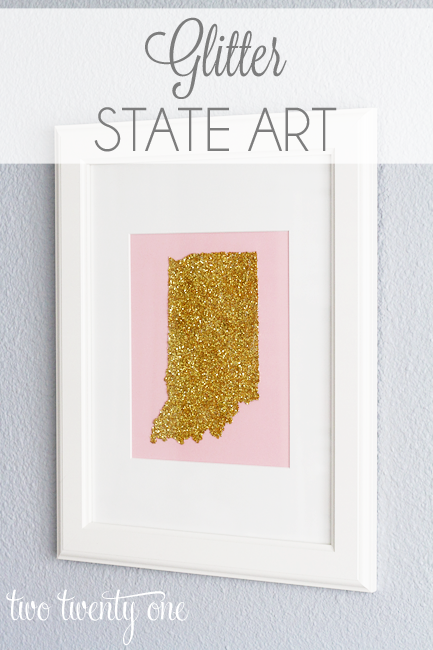 Get the latest DIY projects, organization ideas, tips & tricks and more delivered to your inbox!
Your information will *never* be shared or sold to a 3rd party.
« Organizing the Spices
$20 Thrift Shop Challenge »