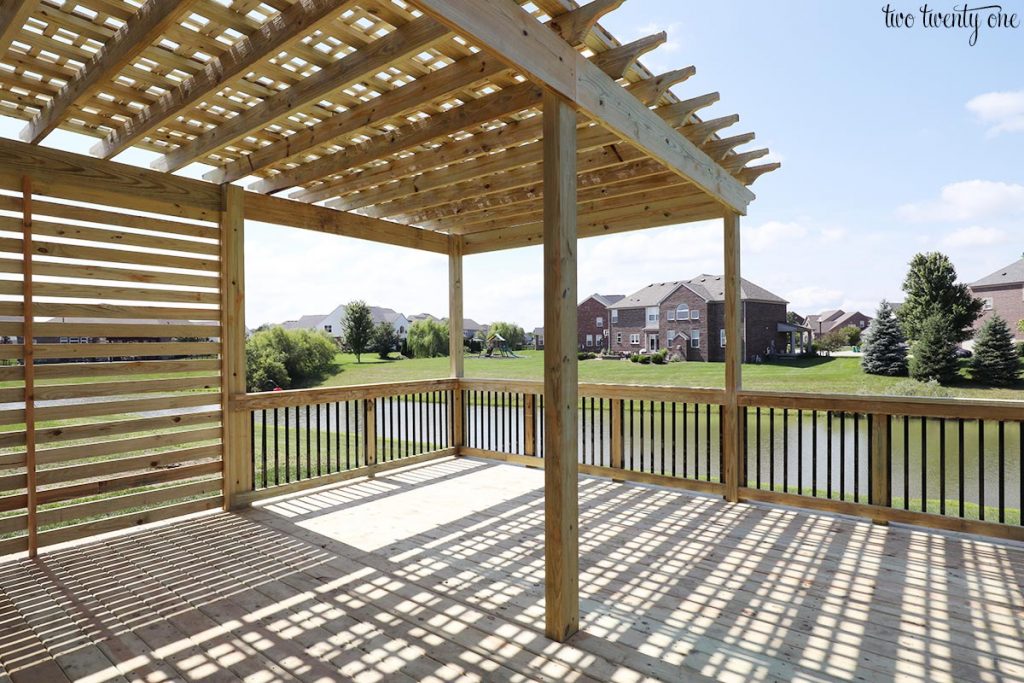 And after hours of scouring the Internet and scoping out outdoor dining tables and chairs in stores, I finally found what I wanted for the deck. 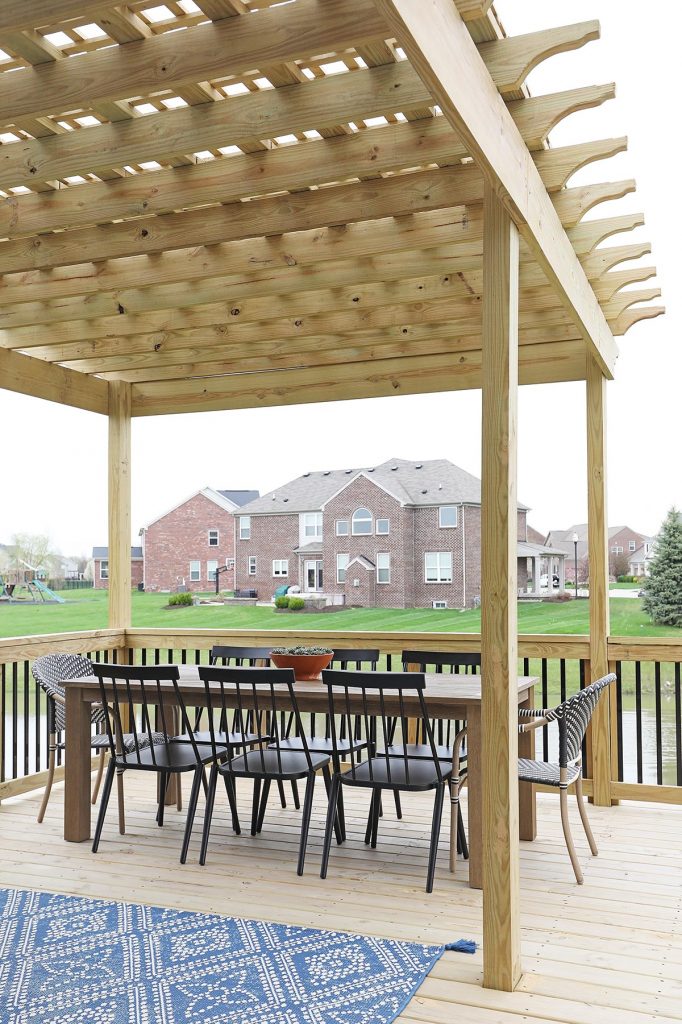 Shout out to my friend Brittaney for convincing me to buy the table and influencing me to get the black chairs. I had the table in my shopping cart when she posted that she got it for her patio, and I was sold.

I got both of the bistro-style chairs last summer. I didn’t really have a place to put them, so we used them to sit in the driveway and watch Owen play. They served as our fancier version of folding lawn chairs. Anyway, I’m really glad I bought them last year. Because the manufacturer realized that they were quite popular and jacked up the price by $20 per chair this year. 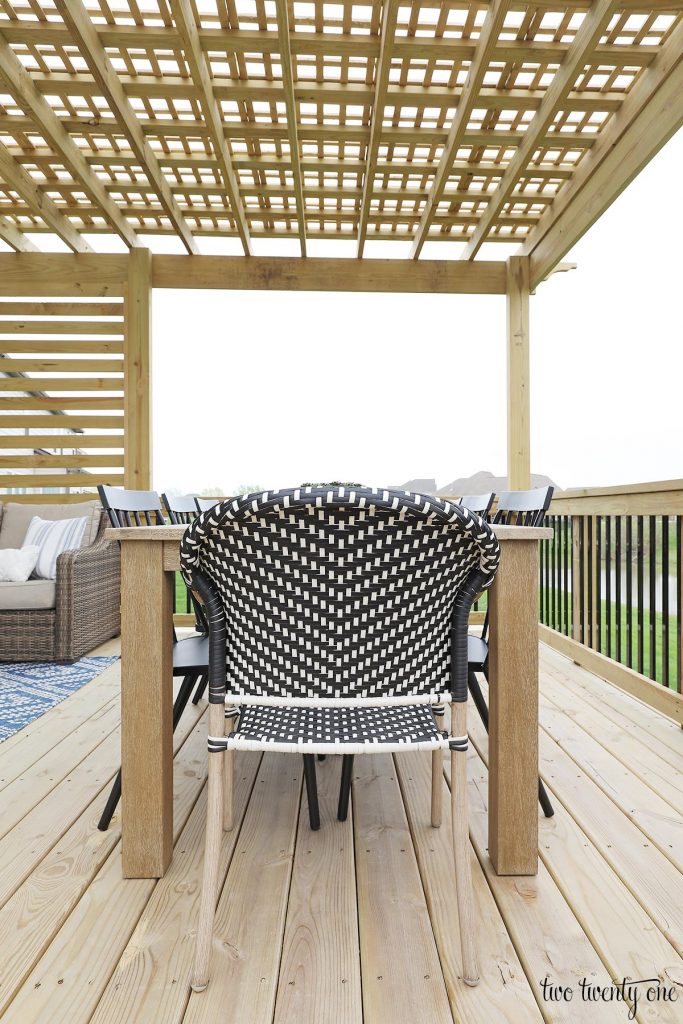 The table fits the space perfectly. It’s made of mahogany so it’s very sturdy. I really like its clean lines, which make it look timeless. My only complaint is that it’s slightly darker than how it appears on the store’s website. 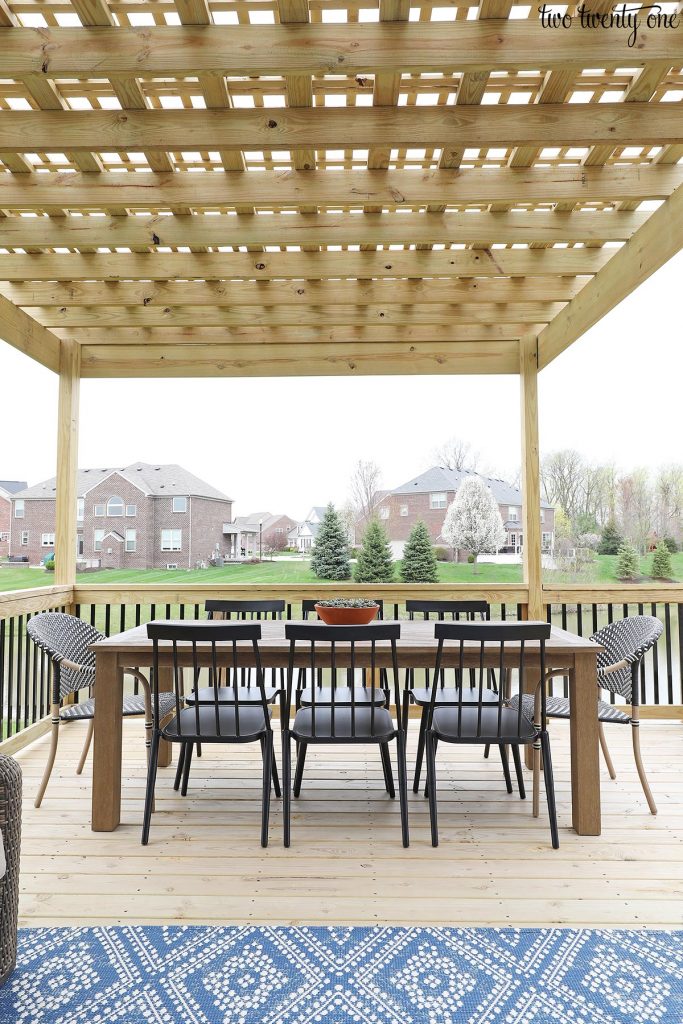 The top of the table has slats, which is kind of a concern with messy eaters (i.e. kids and yours truly). But I figure I can just take a hose to the slats and dislodge any stuck food particles. 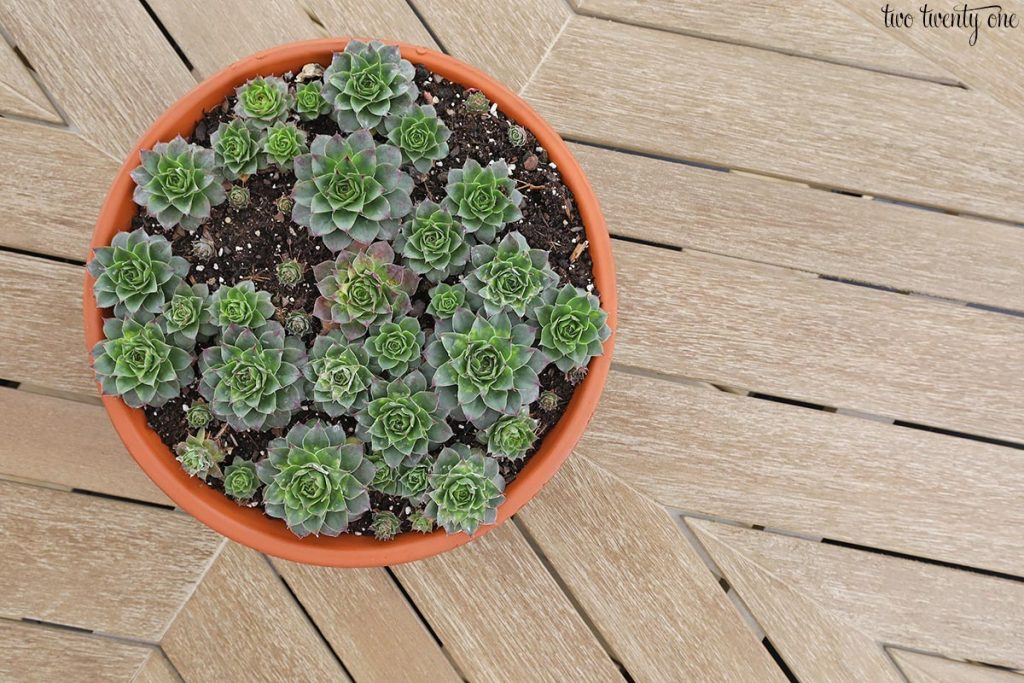 The chairs are metal so they’re sturdy. They’re stackable and pretty roomy. And I like how they kind of mimic the black deck railings. Plus, they’re on sale right now.

However, make sure you inspect the chairs before buying. I noticed that the legs can bend in or out. And a couple I looked at had pretty big dents and gauges in them. 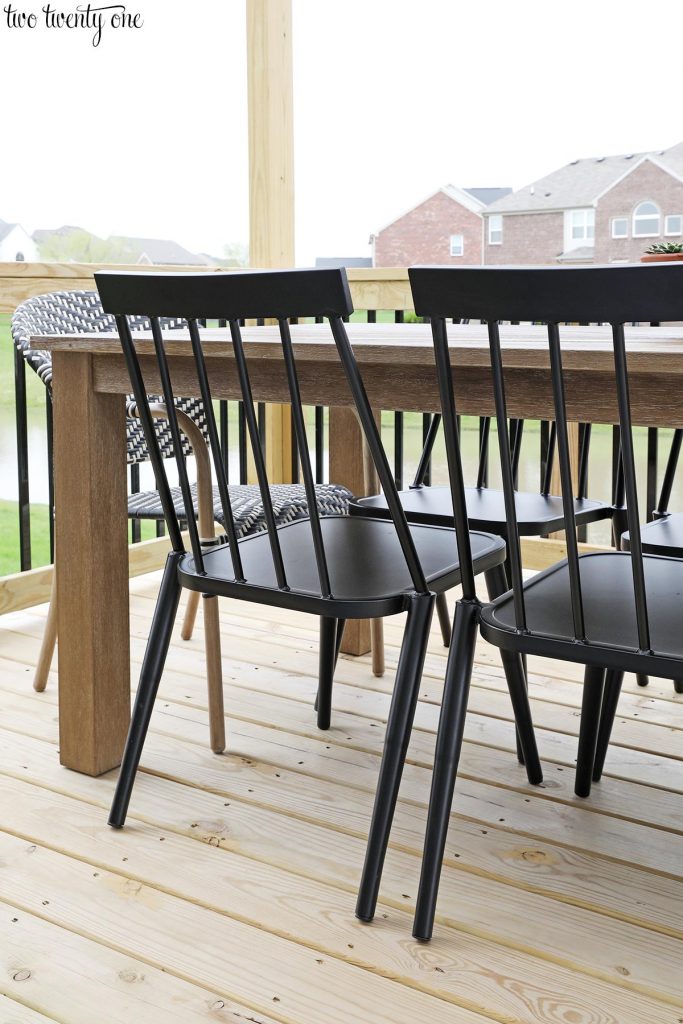 There’s more I’d like to add to the deck dining area. I wouldn’t mind adding a rug under the table to define the area some more. I’d also like to get some hanging baskets for the space between the pergola and railings. And I want to create a more substantial centerpiece for the table.

We’re still trying to figure out what we’re going to do with the deck. The original plan was to paint the deck portion gray to match the house and the wood railings and pergola white. Since there’s a lot of wood tones going on right now, I don’t think painting is a bad idea. 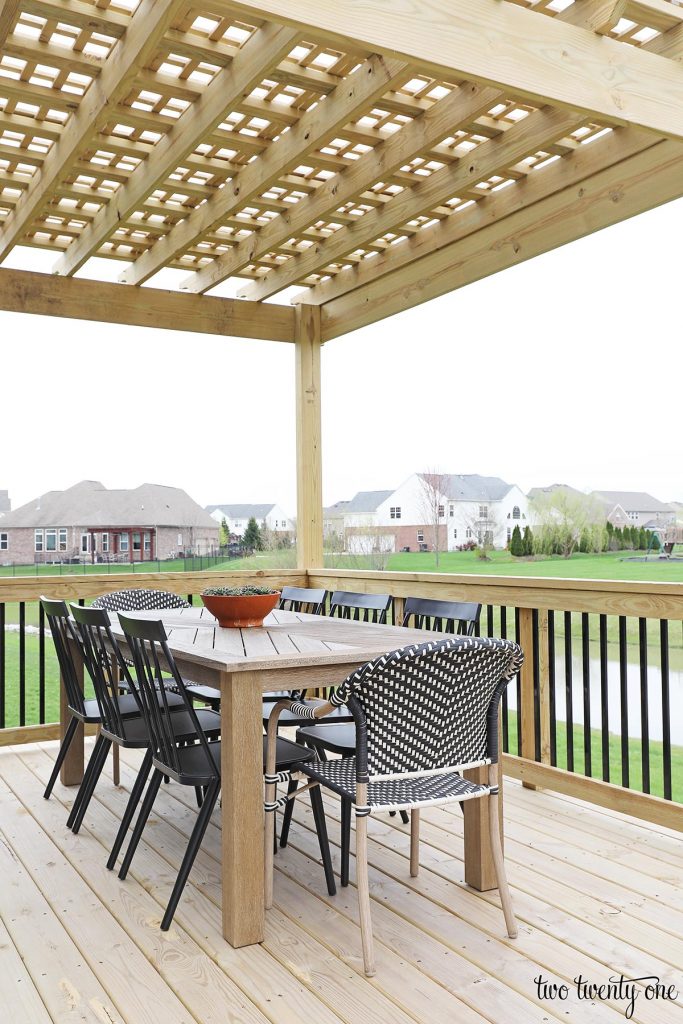 I feel like that’s pretty good for a sturdy table and eight chairs.

Get the latest DIY projects, organization ideas, tips & tricks and more delivered to your inbox!
Your information will *never* be shared or sold to a 3rd party.
« Easter Basket for a One Year Old
New Living Room Sofas – Radley Sofas from Macy’s »