Recently, I asked you guys on Facebook and Instagram to send questions you had for me. So before I fly off to NYC early tomorrow morning for BHG Stylemaker, I wanted to answer those for you.

Is the house finally done?

Did they finish the master bathroom?

It took 3 months, but the actual master bathroom shower was completed right before Emmett was born in February. In June they had to replace the door and doorframe from our bathroom to our bedroom. Then, the drywallers came and did a bad job, so they had to come back. And then the painters came and did a bad job so the drywallers had to come back and fix their mistakes. The area is still unpainted because I’m debating just caulking and painting it myself because I don’t want the painters to come back, do a bad job and then the drywallers have to come back, and then it’s the never ending circle of screw ups. (I’m well aware that I’m very cynical now in regards to sub-contractors hired by our builder.)

I tried finding a completed shower photo on my phone but I couldn’t find one. But here’s a pic of the completed tile work. 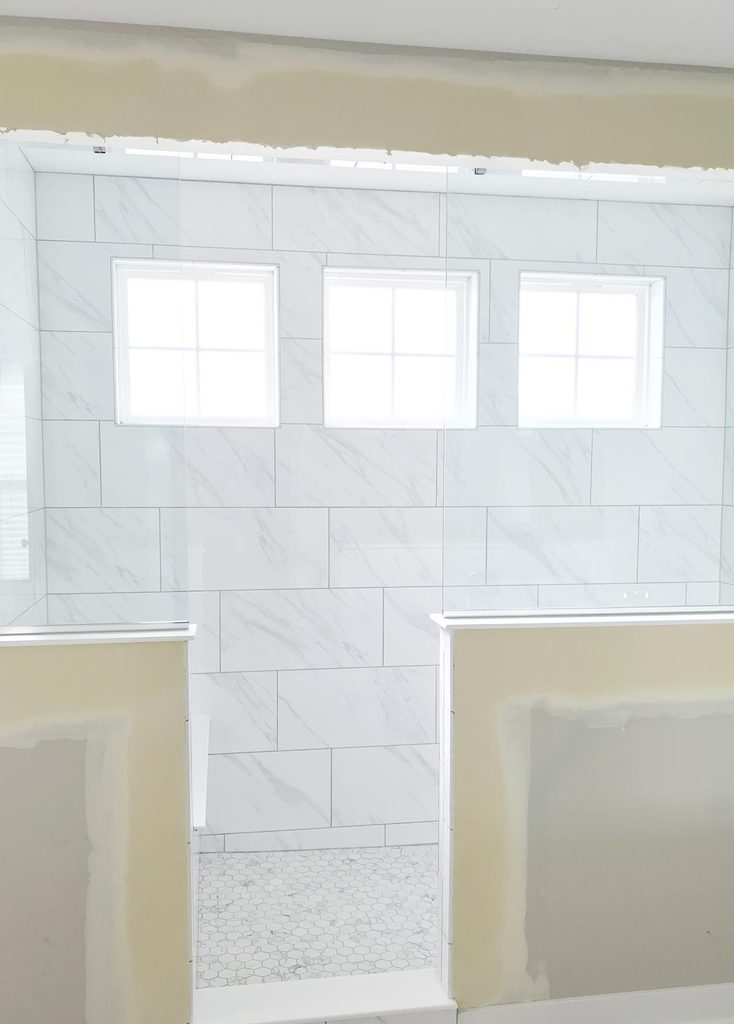 Did they finish the basement?

Yes, the new posts and I-beam were placed in the correct location, and the incorrectly placed I-beam was eventually removed.

There’s just little things like doors that always squeak when you open and close them no matter how much WD-40 I apply to the hinges. And doors that won’t stay open (they drift closed because of how they’re hung). As the porch has settled, a crack has developed between the step and the porch. I just hope it doesn’t get bigger.

How did you manage the construction debacle with Emmett?

Brad had 4 weeks of parental leave (to be used within 6 months of Emmett’s birth), so he took off the first 2.5 weeks. He used the remaining days to take off every Friday. So we scheduled a lot of the sub contractors to come on Fridays so Brad could be there to help with the boys while I talked with the workers or vice versa. This wasn’t the ideal way for us to spend Brad’s days off but it was the best solution.

How do you find time to work on your home and blog with a baby?

I’m not going to lie, it’s hard and a constant struggle. I have Emmett with me all the time. Owen goes to preschool three days a week for four hours, but that only adds up to 12 hours a week. I finally broke down and hired a babysitter for Emmett to come and hang out with him a couple days a week while Owen is at preschool so I can get some work done. If Emmett happens to take a nap while she’s here, she helps me with random things around the house.

I typically work while the boys nap. If Owen doesn’t nap, I have him partake in quiet time, which doesn’t always work. When the boys go to bed, I’ll work for a few hours until I go to bed. Or I’ll watch an episode of a show with Brad, and then work for a little bit before bed.

It was really hard for me to work on the house (and blog) this summer because I had both boys all the time (no preschool during the summer). Plus, we were out of town every other weekend for 7 weeks. And on most of the weekends we were home, friends or family were here visiting. I tried to mentally accept that I just wouldn’t get much done this summer and to enjoy the boys and family.

All that being said, there’s a lot more that goes into blogging than I think people know. I spend a lot of time replying to emails, doing backend work on the blog like finding and fixing links, SEO work, updating outdated affiliate links. I also did a crazy thing this summer, and I bought another blog from a friend. I didn’t make a big announcement because I won’t be putting any part of my life or home on this blog– it’s mostly for generic searchable content. Anyway, I’ve been busy getting things switched over, set up, planning out and creating content, etc. in regards to that blog.

Sorry, kind of went off on a tangent there.

That’s a long story– like a post in itself. Long story short, we saw a pediatric gastroenterologist last month, and Emmett was diagnosed with a cow’s milk protein allergy. He’s on an (expensive) extensively hydrolyzed formula. I’m no longer nursing, and I had the milk cyst aspirated by my breast surgeon. There have been a lot emotions, on my end, about this. I’m willing to expand on everything and write a post all about it if people are interested. 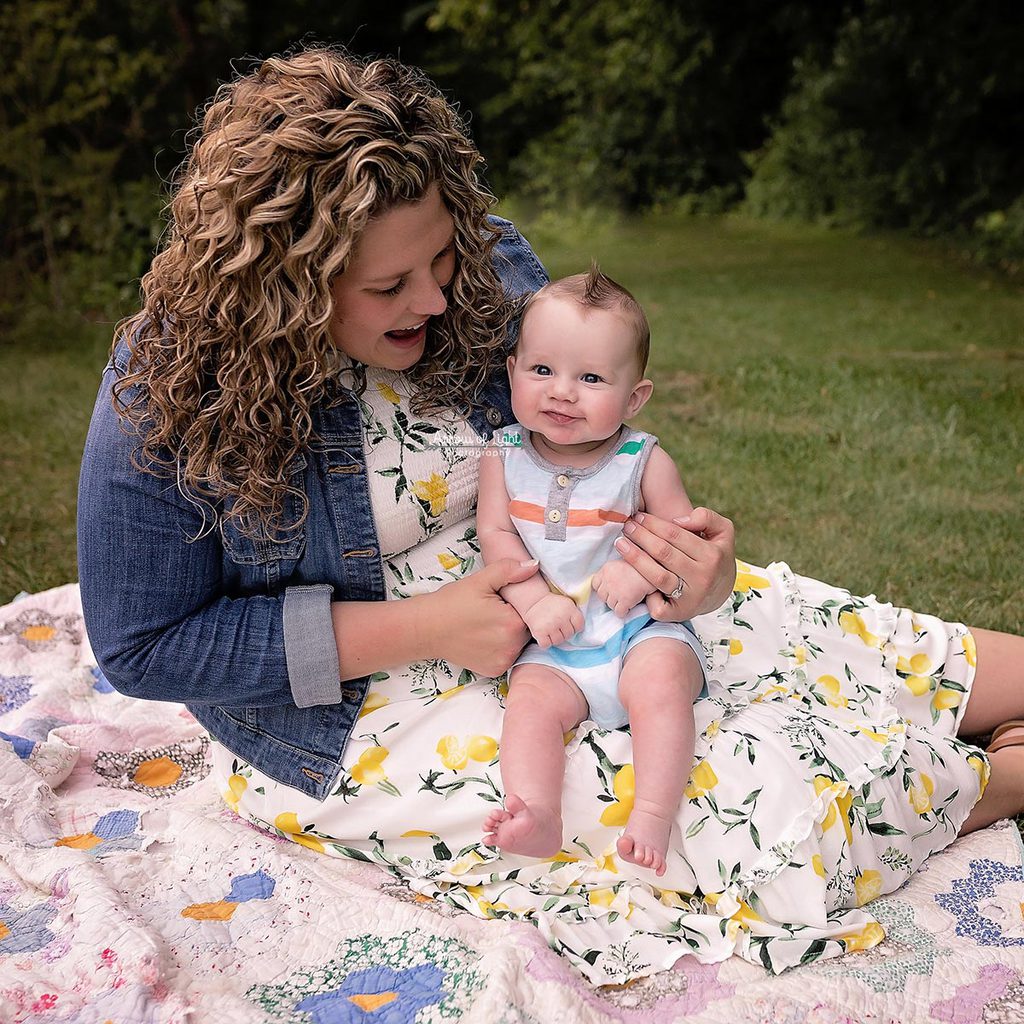 What was the hardest thing about going from one kid to two?

Everything takes longer. It takes us longer to get out the door in the morning for preschool. Really, going anywhere takes longer. It takes longer to pack up the car– diaper bag, backpack, lunchbox, Emmett in his infant car seat, etc. Bath time takes longer because we have to bathe and dress two kids instead of one. Although we do a good job of dividing and conquering when it comes to bath time– I wash Emmett, take him out of the tub, and do his routine while Brad bathes Owen and then does his routine. There’s also more stuff. More clothes, which means more laundry to wash, dry, fold, and put away. And more toys now that Emmett can interact with things.

Have there been any jealousy issues with the boys?

No, not really. Owen truly loves Emmett. He will get a little possessive over his toys, claiming that “Emmett’s hands are slobbery” so he doesn’t want Emmett to touch them. So I always ask Owen if he can find something for Emmett to play with, and he always does. (He typically says, “Here you go, Bubba” while handing the toy to Emmett, and it’s the cutest thing ever.) We did struggle with the threenager phase for a little while with Owen, but it was mostly just him being defiant and testing boundaries. I don’t know if it was because of Emmett or it was just Owen being a three year old or both. But, thankfully, we seem to be moving past that, and Owen is, for the most part, doing well in the behavior department. 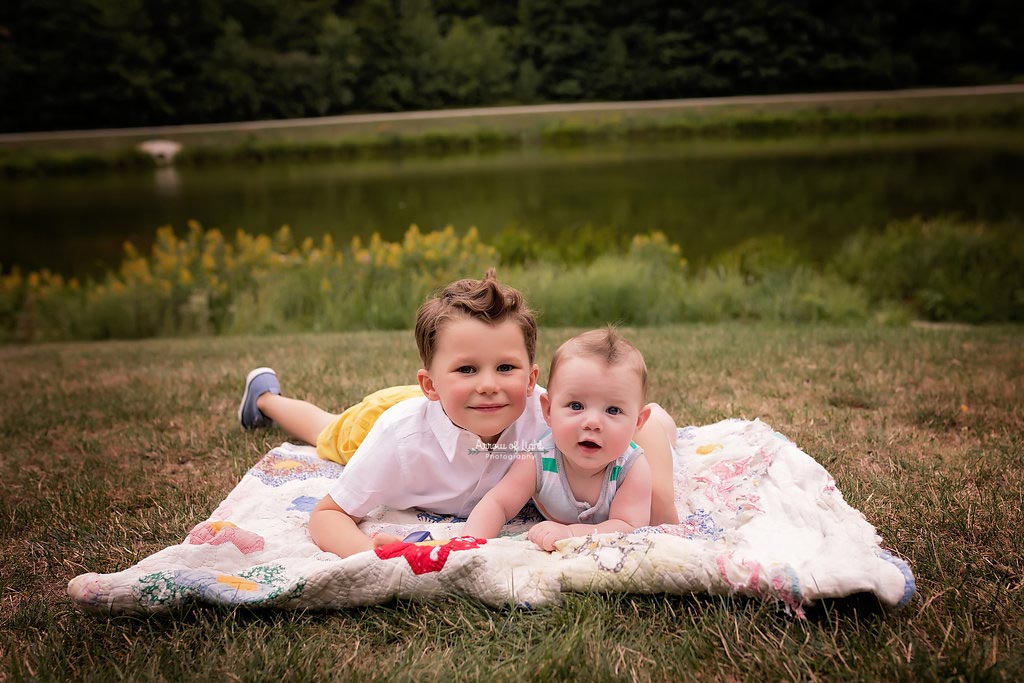 It really depends on the day and what we have going on. The days Owen has school are the most structured. But I fly by the seat of my pants most days. The boys are on schedules for the most part, but my day is typically all over the place. I just tend to prioritize things and tackle the most important stuff first.

What steps are you taking for self care?

Every two weeks I get my eyelash extensions filled. Hah! It may sound silly but I can either take a little nap while my stylist works, or I’ll stay awake and chat with her. Once in a while I’ll meet up with a girlfriend for a meal or drinks. The other day I ran a couple errands with a friend while Owen was in school and my parents were in town so they could watch Emmett. I’m amping myself up to get back into a workout routine and attend 2-3 classes a week.

Any tips for setting down the damn phone when you really need to get stuff done?

I tend to put my phone on silent so I’m not distracted by people texting or messaging me on IG Stories. I’ll also not post as much on IG Stories because the more I post, the more people message me. Which is fine and I appreciate and enjoy interacting with everyone, but sometimes I just have to get stuff done. Hopefully this also explains why it can take me a while to message everyone back on Instagram.

Get the latest DIY projects, organization ideas, tips & tricks and more delivered to your inbox!
Your information will *never* be shared or sold to a 3rd party.
« Curly Hair FAQs – Your Curly Hair Questions Answered
How to Install a Door Knob »